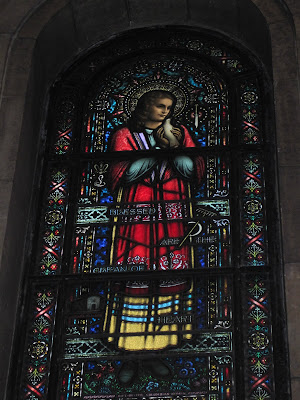 Cathedral of St. Paul. St. Paul, MN
"Blessed are the pure in heart, for they shall see God"
Maria Goretti is one of my favorite saints. She lived a life of heroic virtue and died a virgin martyr in the early 1900's in Italy. She died protecting her virginity from an attempted rapist who later repented and actually testified at her Cause of Canonization. He related how she resisted him with all the strength her 12 year old body had calling out to him "No! It is a sin! You will go to Hell!" At the point of a knife, held over her head he put to her the choice, give in to me or die - she chose death. She chose the better part and won the victory. As she lay dying in the nearby town, the priest asked Maria if she would forgive killer and her reply was "O yes - I do forgive him. I want to be with him in Heaven!" Some time later she appeared to her killer who was in prison and handed him many long stemmed flowers, one for each stab wound he inflicted upon her. He immediately called out for a priest and confessed. He then went on to lead a profoundly penitential life.
There is much more to this heroic story, go HERE if you want to know more.
Posted by Sanctus Belle at 12:18 1 comment:

Resurrection of Our Lord Jesus Christ 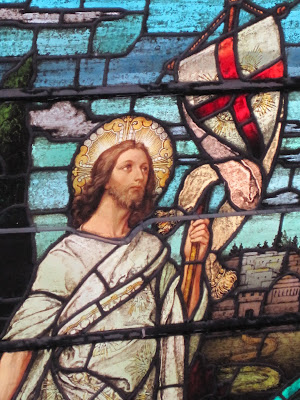 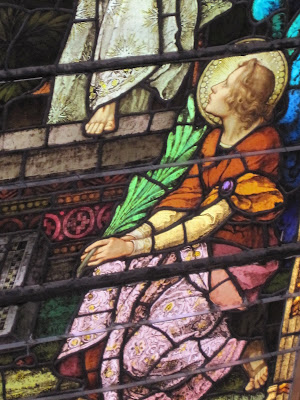 Our Resurrected Lord with St. Mary Magdalen at His feet

"I am the Resurrection and the Life. He who believes in Me shall never die"

Posted by Sanctus Belle at 12:14 No comments: