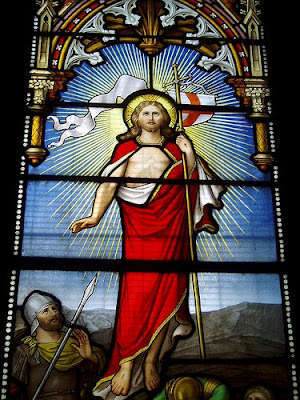 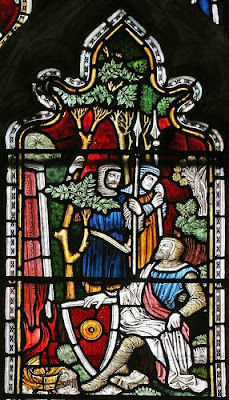 (photo credit)
Section of the east window in Soham Parish church. This depicts the guard set on Jesus' tomb
"And Joseph taking the body, wrapped it up in a clean linen cloth. 60 And laid it in his own new monument, which he had hewed out in a rock. And he rolled a great stone to the door of the monument, and went his way.
61 And there was there Mary Magdalen, and the other Mary sitting over against the sepulchre. 62 And the next day, which followed the day of preparation, the chief priests and the Pharisees came together to Pilate, 63 Saying: Sir, we have remembered, that that seducer said, while he was yet alive: After three days I will rise again. 64 Command therefore the sepulchre to be guarded until the third day: lest perhaps his disciples come and steal him away, and say to the people: He is risen from the dead; and the last error shall be worse than the first. 65 Pilate saith to them: You have a guard; go, guard it as you know. " Matthew Chapter 26
Posted by Sanctus Belle at 09:56 No comments: 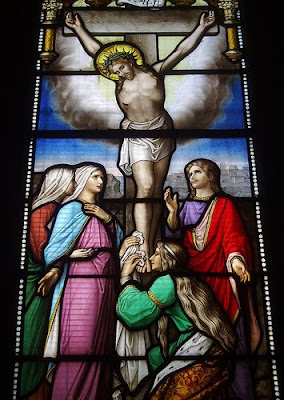 (photo credit)
Detail of one of the pair of north chancel windows at Bidford on Avon by Capronnier of Brussels 1885.
Posted by Sanctus Belle at 09:52 No comments: 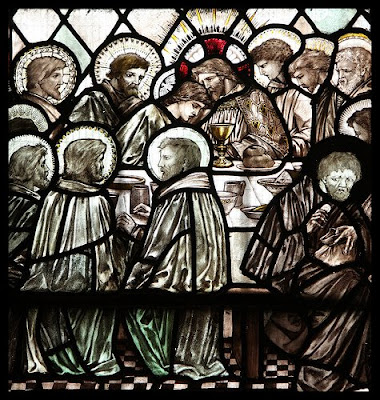 (photo credit)
This is a detail from a stained glass window in the south transept of Burford's parish church, England
"While at supper with his disciples, Jesus was troubled in spirit and declared, ‘I tell you most solemnly, one of you will betray me.’ The disciples looked at one another, wondering which he meant. The disciple Jesus loved was reclining next to Jesus; Simon Peter signed to him and said, ‘Ask who it is he means’, so leaning back on Jesus’ breast he said, ‘Who is it, Lord?’ ‘It is the one’ replied Jesus ‘to whom I give the piece of bread that I shall dip in the dish.’ He dipped the piece of bread and gave it to Judas son of Simon Iscariot. At that instant, after Judas had taken the bread, Satan entered him." - John 13:21-27
Posted by Sanctus Belle at 09:48 No comments: 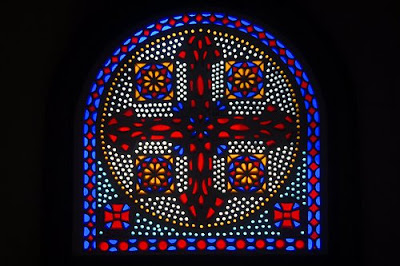 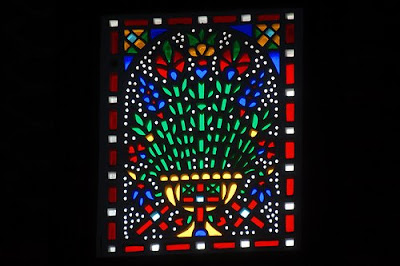 Posted by Sanctus Belle at 09:42 No comments: